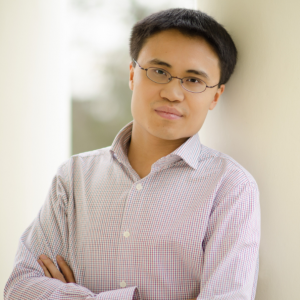 Founded on his thorough training in both Russia and Germany, British conductor James Ham is building a reputation across the orchestral, opera and ballet repertoire for his wealth of ideas, versatility and deep musical insight.

In the theatre, Ham has conducted performances of Britten’s "A Midsummer Night’s Dream", Mozart’s "Le Nozze di Figaro" and Puccini’s "Il Tabarro" and "Tosca". In 2020, he was assistant conductor to Wayne Marshall on Gershwin’s "Porgy and Bess" at the Theater an der Wien, and Anthony Bramall on Verdi’s "Rigoletto" at the Gärtnerplatztheater in Munich. He has previously assisted on productions of Donizetti’s "L’Assedio di Calais" and Handel’s "Belshazzar", and conducted in workshops with the Komische Oper Berlin, Magdeburg Theater and Staatsoper Cottbus. With Birmingham Royal Ballet, as Conducting Fellow, he conducted several performances of "The Nutcracker", "Coppélia" and "The Grand Tour" both in Birmingham and on tour.

Ham has a keen interest in contemporary music, based on specialist training as a conductor with the London Sinfonietta Academy, Ensemble Modern Akademie and Lucerne Festival Academy, where he was Conducting Fellow in 2016. His formative training was at the St Petersburg Conservatory and UdK Berlin, establishing his interest in German and Russian music from the 19th and 20th centuries, along with that of central Europe. During his studies he was selected to participate in international masterclasses with Alan Gilbert, Susanna Mälkki, Martyn Brabbins, Johannes Schlaefli and Nicolas Pasquet, conducting orchestras such as the London Symphony Orchestra, BBC Scottish Symphony Orchestra, Deutsches Symphonie-Orchester and Scottish Chamber Orchestra. James has assisted Sakari Oramo on a number of projects and has also assisted Karel Mark Chichon with the Deutsche Radio Philharmonie on several occasions. Other conductors he has assisted include Sir Mark Elder, Garry Walker and Martin André. Immediately following his studies he was awarded a BBC Performing Arts Fund Music Fellowship and the Charles Mackerras Conducting Fellowship at Trinity Laban Conservatoire.

Stephen Bryant was born in Croydon, London and studied at the Royal College of Music with Kenneth Piper and Hugh Bean. After continuing his studies privately with David Takeno, he was appointed co-leader of the London Philharmonic Orchestra at the age of 24 – a position he held until he took up his present post as leader of the BBC Symphony Orchestra in 1992.

As a soloist he appears regularly with the BBC SO and has premiered a number of works including the first British performance of Detlev Glanert’s Violin Concerto in 2011. In addition he gave the first British performance of Korngold’s Violin Concerto and the World premiere of Elgar’s Études Caractéristiques. Stephen Bryant has taken part in many recordings as leader of the BBC SO and other orchestras, and has made numerous recordings and broadcasts as a soloist and chamber player. He appears regularly on the jury for a number of competitions including the BBC Young Musician of the Year and the Singapore National Violin Competition and sits on the panel for the Musicians Benevolent Fund and the Royal Philharmonic Society awards. Stephen coaches and adjudicates at all the London music colleges. 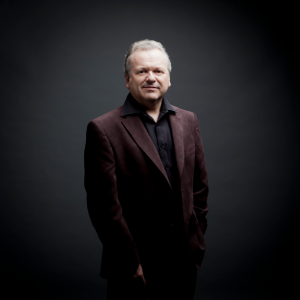 Michael Collins’ dazzling virtuosity and sensitive musicianship have earned him recognition as one of today’s most distinguished artists and a leading exponent of his instrument. At 16 he won the woodwind prize in the first BBC Young Musician of the Year Competition, going on to make his US debut at New York’s Carnegie Hall at the age of 22. He has since performed as soloist with many of the world’s most significant orchestras and formed strong links with leading conductors. Collins also has the distinction of being the most frequently invited wind soloist to the BBC Proms, including several appearances at the renowned Last Night of the Proms.

In recent seasons Collins has become increasingly highly regarded as a conductor and in September 2010 took the position of Principal Conductor of the City of London Sinfonia. His success in this role is testament to the natural musicianship and galvanising leadership that is evident in both his playing and conducting. His conducting highlights include engagements with the Philharmonia, BBC Symphony Orchestra, BBC Scottish Symphony, Ulster Orchestra, Bergen Philharmonic, Kuopio Symphony, Melbourne Symphony and Hong Kong Sinfonietta.

In 2007, Collins received the Royal Philharmonic Society’s Instrumentalist of the Year Award, placing him amongst past recipients of the award such as Itzhak Perlman, Mitsuko Uchida, Murray Perahia and Sir Andras Schiff. The award was made in recognition of the pivotal role that Collins has played in expanding the clarinet repertoire, commissioning repertoire by some of today’s most highly regarded composers.